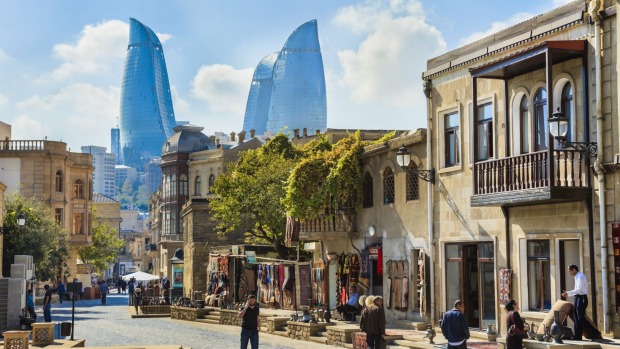 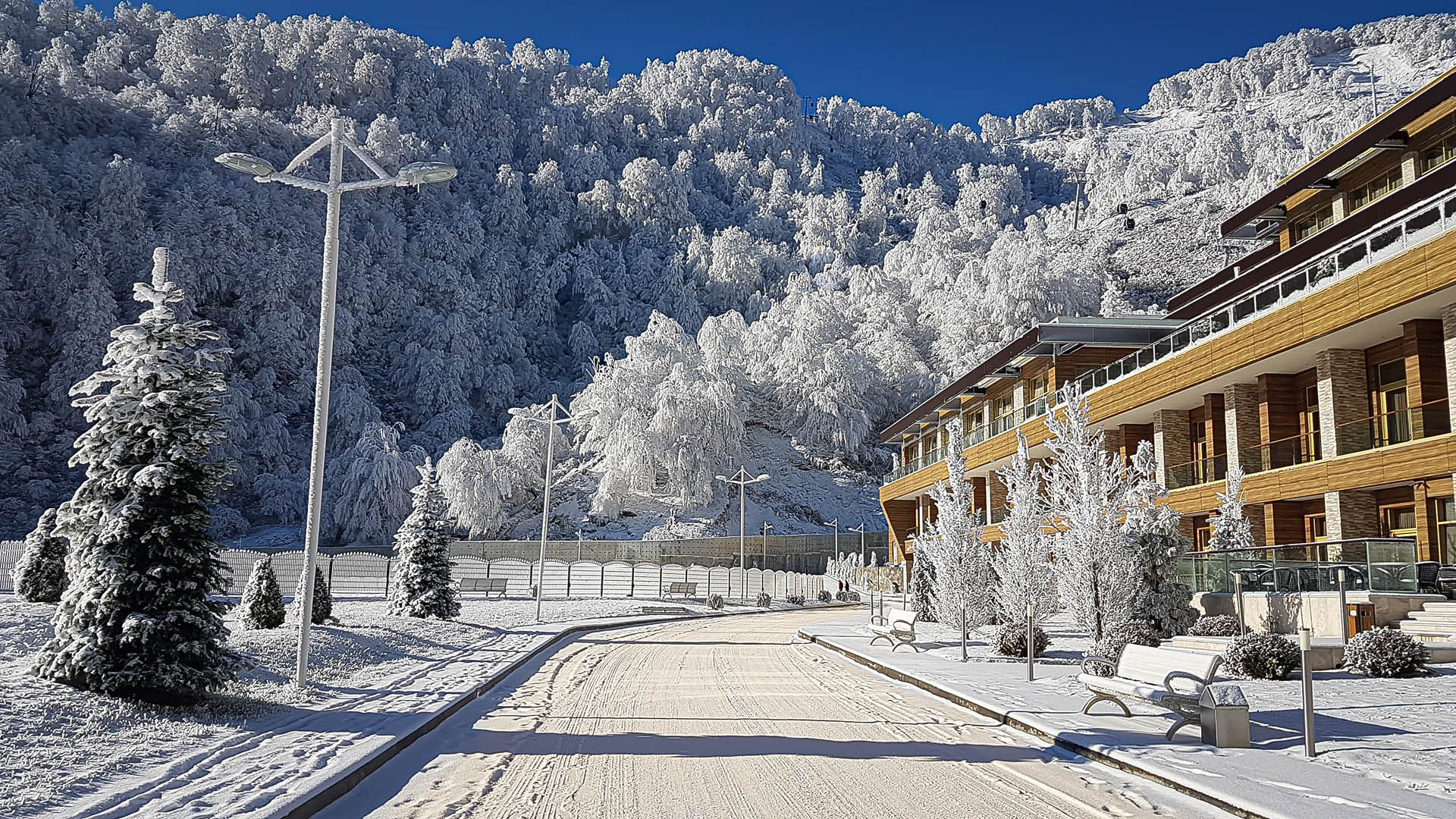 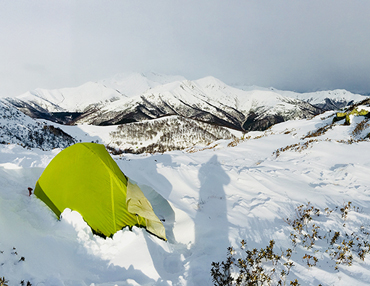 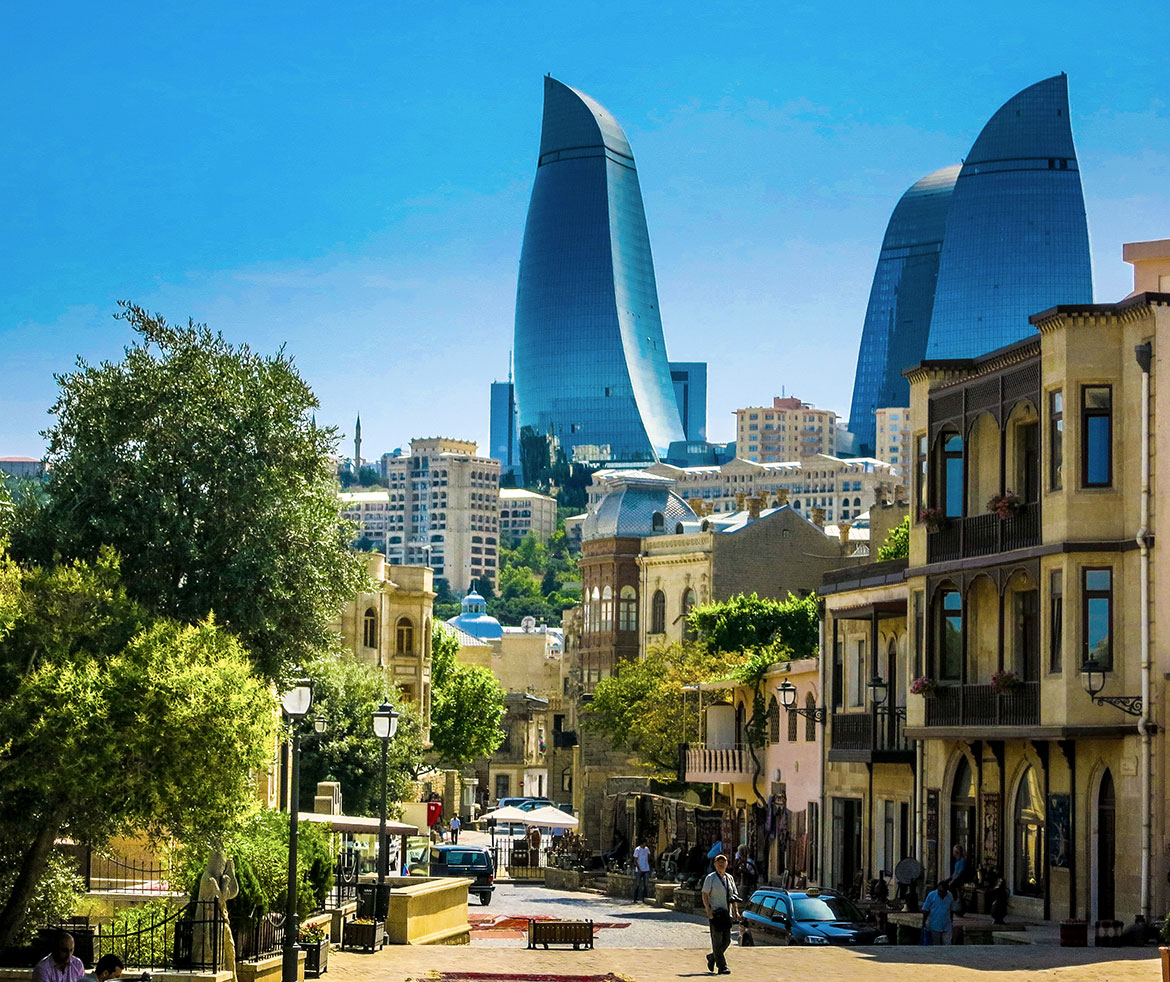 Welcome to the Land of Fire and the Pearl of the Caucasus, a land where eastern colors combine magnificently with western progress. This is a country of unique nature, unmatched culture, centuries of history with its customs and traditions and fine cuisine; a place that will satisfy the expectations of the most sophisticated gastronomists, and finally, it is the country of Caucasian hospitality and friendliness.

Azerbaijan is situated at the eastern side of the Transcaucasia (or South Caucasus) on the shores of the Caspian Sea. The population of Azerbaijan exceeds 9.8 million and the territory covers an area of 86 600 square kilometers. According to both of these figures, Azerbaijan is the largest country in the South Caucasus. The City of Baku is the capital and the country’s largest city. The National language here is Azerbaijani. However, Russian is also widely used and many younger residents also speak English. Azerbaijan shares borders with Iran (765 km), Turkey (15 km), Russia (390 km), Georgia (480 km), and Armenia (1007 km). The eastern shores of the country are washed by the waters of the Caspian Sea.

Historically a part of the Great Silk Road and situated at the crossroads of the geopolitical, economic, and cultural interests of many nations and civilizations, Azerbaijan has, since ancient times, aroused the interests of great minds, scientists, travelers, and historians.

Azerbaijan is often referred to as the “Land of Fire”. It is known that the majority of those residing on this territory before the Common Era were fire-worshippers. Since then, the country has preserved the ancient evidence of that era: cave paintings, statues of gods, and ancient temples. Two of the most vivid examples of this heritage are the temple of fire-worshippers (“Ateshgah”) at Surakhani near Baku and “Yanardag”, translated as the “burning mountain”.

In Azerbaijan, we will open doors for you from west to east! Discover Azerbaijan with us!